The story behind the mediocre band that prepped the stars of Pavement and the Silver Jews for success.

Decades of musings and drawings adorn Alderman carrels. How UVA is making sure some of it survives.

The unique space on Grounds wasn’t always so beloved.

Before her fame, O'Keeffe spent several summers at UVA, with notable results.

Take a look back at the McGuffey ash, which loomed large over Pavilion IX for over a century.

Learn how the gardens of Grounds have changed—and stayed the same—from Jefferson’s original plans.

Thomas Jefferson was a visionary leader--and a meticulous construction manager.

Jefferson’s University of Virginia was to be a modern, secular, science-centered university taught by scholars of distinction, with the students expected largely to govern themselves.

Through architecture, Jefferson hoped students would gain a sense of design, order and beauty.

Coy Barefoot (Grad '97) recounts how the University had to overcome determined opposition to come into existence.

The Magazine kicks off its series of retrospective pieces commemorating the UVA Bicentennial with a look back at Jefferson's dreams for his University’s future.

The Aviator was crafted to recognize UVA alum and French Air Service pilot James McConnell, whose plane went down in France in 1917. But it’s not your typical WWI memorial.

In a series of experiments in a lab on Grounds in 1977, pharmacology professor Alfred G. Gilman made a breakthrough that won him a Nobel Prize.

Tour of some of the mysterious, historic—and empty—properties owned by the University. 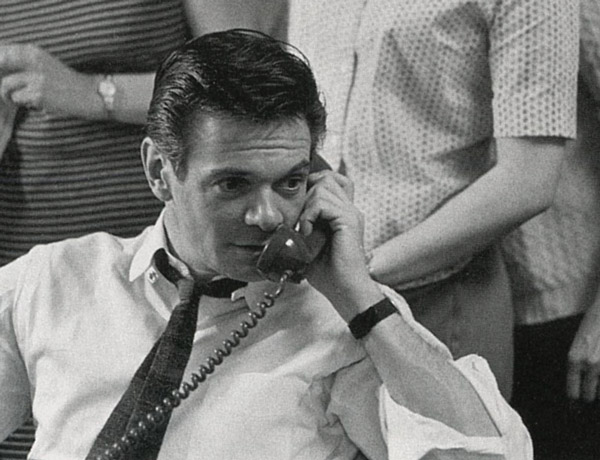 Bernard Mayes had a long list of achievements before he even came to UVA But on Grounds, he is perhaps best remembered as a Cambridge gentleman in a tweed jacket who broke down barriers for gay students and colleagues alike.

A look at how UVA’s mascot has changed over time

Before embarking on a naval career that would send him to the North and South poles, Rear Adm. Richard E. Byrd spent a year studying at UVA.

If you thought the sounds of the University Chapel's bells are made by an expert ringer toiling inside the steeple, think again.

Only some of Manning's ideas came to be, but he defined a way of thinking about growth at the University and raised important questions about building values.

The flag that hangs in JPJ Arena once covered the casket of a Vietnam veteran. 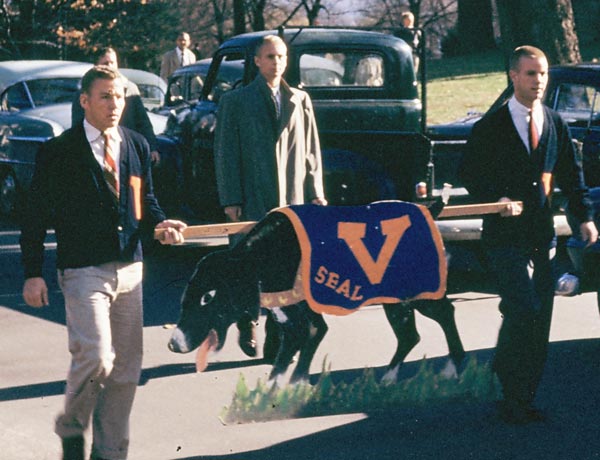 The story behind the mediocre band that prepped the stars of Pavement and the Silver Jews for success.

UVA grad thrives as Armorer in The Mandalorian

Emily Swallow (Col '01) says she loves being part of newest Star Wars show, which “brings so much joy.”

UVA sets aggressive sustainability goals, even as it expands

University commits to shrinking its carbon footprint while expanding its physical one.

The bus stop on McCormick Road served as a refuge for black students in decades past.