The Stacks come crashing down

‘Hitting the Alderman Stacks’ used to be just a figure of speech. Here's a look inside the beginning of the 3-year renovation.

Enter the gallery Enter the Gallery 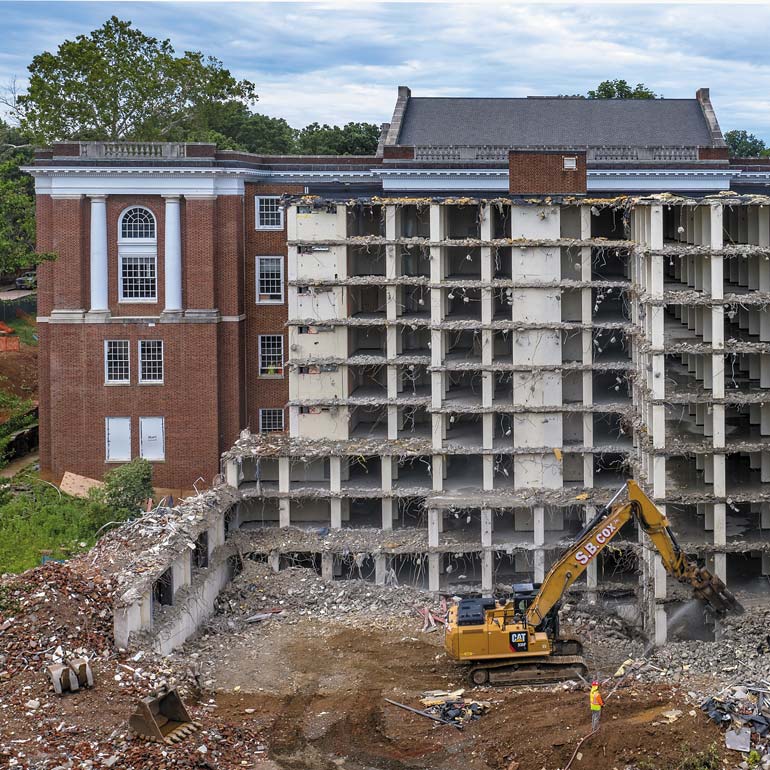 Return to Intro
Return to Intro
Back
Forward
1 of 9
The Stacks were on full view in July as demolition continued.
Emptying books from the Stacks began long before the demolition, as shown in this photo from July 2019.
One of two large rainwater storage tanks is shown in September in Nameless Field. The tanks have since been buried and will collect runoff.
With the books stored off-site and the shelves removed, the original 1938 Stacks are ready for demolition in this photo from May.
A piece of heavy machinery takes a chunk out of the New Stacks, which were added in 1967, in this photo from June.
The removal of the Tracy McGregor portrait from the McGregor Room reveals that the fireplace runs diagonally up and out of the room.
The McGregor Room will be renovated and will have seismic reinforcements, new wiring, air conditioning and heat.
The former office of UVA Library Dean John Unsworth (Grad ’88) is emptied out and prepared for renovation.
An emptied Memorial Hall, at the main entrance on the south side, is shown in August. At the end of the renovation, it will have new finishes and furniture and a new circulation desk.